The Woman Called Fujiko Mine

The Woman Called Fujiko Mine

Lupin the Third: The Woman Called Fujiko Mine (LUPIN the Third -峰不二子という女-, Rupan za Saado Mine Fujiko to Iu Onna?) is a television spin-off based on the Lupin III manga series written and illustrated by Monkey Punch. It was produced by TMS Entertainment, and broadcasted by Nippon TV between April 4, 2012 and June 27, 2012.

This TV spin-off was made to celebrate the 40th anniversary of Lupin the 3rd Part 1. It focuses on the franchise's heroine, Fujiko Mine, as she undergoes various missions and encounters the rest of the Lupin III cast for the first time. It is the only installment in the franchise to be directed by a woman and the first TV series in which Lupin is not the main character.

It started off a more mature oriented universe of the franchise known as "Lupin the IIIrd" that character designer Takeshi Koike took over to direct. 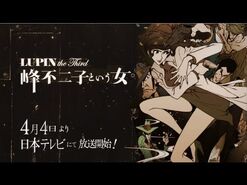 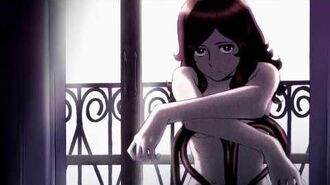