The Plot of the Fuma Clan

The Plot of the Fuma Clan

Goemon is getting married! Well, he was until his bride, Murasaki, was kidnapped by an evil organisation of ninja: the Fuma Clan. Their random is the Shuujoh Vase, the key to a legacy of untold wealth that has been hidden for hundreds of years. And where there's treasure, there's master thief, Lupin the Third!

When word of Lupin's Appearance reaches Inspector Zenigata, he comes out of retirement to put him behind bars once and for all! Can Lupin, Jigen, Goemon and Fujiko rescue Murasaki, unearth the secrets of the treasure, and evade Old Man Zenigata as they try to foil the fiendish plot of the Fuma Clan?

Yasuo Ōtsuka who was working at Telecom Animation Film was the supervisor of this film. Since he was in charge of the OVA, it was his decision to focus on Murasaki and to use his Green Jacket character design as used in Lupin the 3rd Part 1 and The Castle of Cagliostro. Like the Castle of Cagliostro, Lupin's car is the Fiat 500 that was owned by Yasuo Ōtsuka and it was used as a reference during animation.

The animation staff decided to focus more on theatrical style animation with expressions rather than limited animation with mouth flaps. According to Ōtsuka, the idea of the film being lead by the animators was not intentional as the director left at an early stage leaving with just the storyboards to complete.[1]

The production team travelled to the Gifu Prefecture for inspiration, Mt. Shakujo was used as the mountain with the treasure cave while the outdoor soaking pool was used during the car chase.

There were production issues regarding the OVA after the animation was completed. TMS was poorly managed at the time and had money issues, one reason was the development hell of Little Nemo in Slumberland and started to rely on doing outsourced animation for income. According to Monkey Punch who was told by the production team, Yasuo Yamada and the other voice actors were expensive and they needed to reduce production costs. [2] Some staff members at the time were not keen on Yasuo Yamada's over comical performance of the character and found him "too light". [3]

The decision was that the usual voice acting cast as well as the sound staff were all replaced, Yuji Ohno was replaced by Kiyoshi Miyaura for the same reason. TMS had used Aoni Production for most of the cast, the chosen cast members were younger except Seizō Katō who played Zenigata. Ōtsuka credited "Mr. K" for this decision.[1]

Toshio Furukawa who played Lupin III in the OVA at first refused the offer due to the strong image of Yasuo Yamada however the producers asked "Unable to do Lupin's performance?". He then accepted the offer but was forbidden to talk about it, he was worried that it might have gone off the record. The other voice actors felt sorry for the regular cast who were not informed and were unaware of their performances. [4] Despite not being involved regarding production, Monkey Punch did ask the voice actors their approval regarding the change.

When it was broken out to Yasuo Yamada after its release, he complained to Monkey Punch as he was furious regarding Toshio Furukawa's performance. Monkey Punch replied back, "You've allowed this (voice actor change)!" The next day, Monkey Punch contacted TMS and the people involved with the decision had left, it caused him to lose trust in the anime industry.

While the usual voice cast returned for Bye-Bye Liberty - Close Call! due to the outcry from the fans, the relationship between Monkey Punch and Yasuo Yamada became awkward until Yamada's death even though Monkey Punch did apologize to Yamada when they next met. [5] When Yasuo Yamada died, Monkey Punch cried without the misunderstanding being resolved.[2] 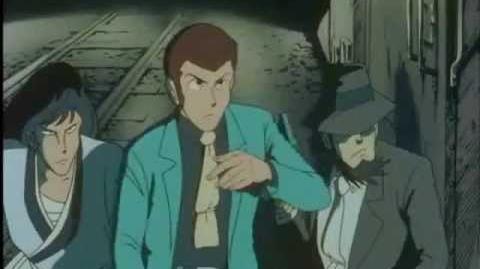 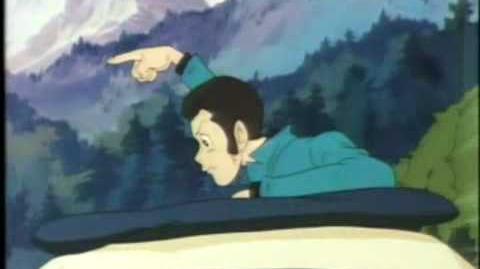