The Blood Spray of Goemon Ishikawa

The Blood Spray of Goemon Ishikawa

Telecom Animation Film
The Blood Spray of Goemon Ishikawa (血煙の石川五ェ門, Chikemuri no Ishikawa Goemon?) is the 6th Lupin the 3rd OVA released on February 4, 2017. It was released as the 3rd anime media from the Lupin the IIIrd Universe as a sequel of Daisuke Jigen's Gravestone.

A yakuza boss hires Goemon Ishikawa XIII, a modern day samurai, to protect him aboard his cruise ship casino. Everything goes sideways however when a terrifyingly powerful man— the so called “Ghost of Bermuda”— shows up to put world-famous thief Lupin in the ground... right when Lupin’s trying to rob the very same ship! With his employer dead in the ensuing chaos, Goemon’s honor is at stake, and the only way to preserve it is with blood.

But this opponent is like no other, and to make things right, Goemon may need to sharpen not only his sword, but himself as well! With a little help from Lupin and Jigen, of course.

In its original reveal of the English voice cast, Dan Woren was uncredited and his picture was pixelated however he is credited on streaming services[2]. The voice actors for Makio Inaniwa, Inaniwa Jr., Iwasaki, Inoue, and the younger Saigo brother are unknown.

The voice actors for Inaniwa Jr., Iwasaki and Inoue are unknown.

The official soundtrack of the movie was originally released on February 04, 2017 in "LUPIN THE IIIRD Chikemuri no Ishikawa Goemon Original Soundtrack"[4].

The opening theme is "Träumerei" (German for reverie) and the ending theme is "Satori", a song composed by James Shimoji and performed by Rob Laufer. 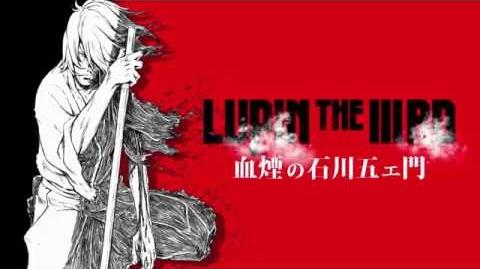 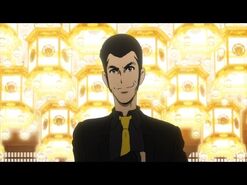 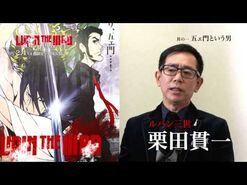