Lupin the 3rd Part 5 (ルパン三世 PART5, Rupan Sansei PART5?) is the fifth animated television based on the Lupin III manga series written and illustrated by Monkey Punch. It was produced by TMS Entertainment, and broadcasted by Nippon TV between April 3, 2018 and September 18, 2018. Lupin III wears again his Blue Jacket from the previous series.

Unlike the previous series, Part 5 focuses on the technological side as the Lupin gang adapt to the world of social media, having four story arcs with three that connect with each other and also features stand alone episodes where Lupin wears different color jackets such as Red, Green and Pink.

On April 23, 2019 it was announced that Discotek Media had licensed the anime for North American audiences, as well as announced that the show will air on Adult Swim's Toonami block in the United States starting on June 15, 2019.

In the US, the UK and Latin American countries, it is currently streamed via Crunchyroll where it debuted in those regions. It is also available on HIDive however it is US only. The English dub is available in the US and the UK on Amazon Prime with the OVA Is Lupin Still Burning? being included while the US also receives Japanese with English subtitles. The first episode in Japanese was available on Youtube as a celebration of 55 years of TMS. Discotek will handle the US Blu-ray release while in the UK, it will be handled by Anime Limited.

Part 5 aired 24 episodes divided into four arcs called "EPISODE" and seven filler episodes where Lupin III wears his jackets from the four previous Parts (respectively green, red, pink, and blue). Each arc has its own mini-story introducing new characters and events for the main plot. 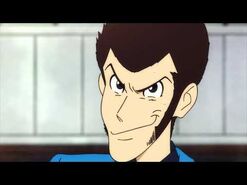 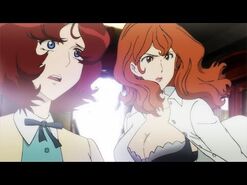 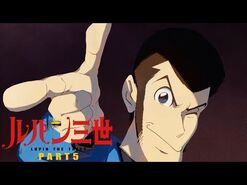 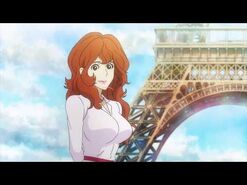